We spoke to each of the three Watford Mayoral candidates about their views on the Abbey Line and public transport.  AbFly is a none-partisan group and we do not endorse any of the candidates, they are presented here in the order in which they responded to us with words which they have approved. 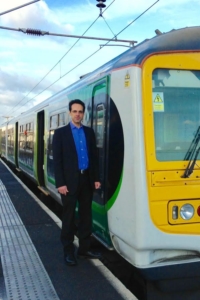 Transport is a high priority. The population in Watford is rising and, with limited capacity, roads are regularly busy and congested. It is really important to invest in trains so that people are able to commute more easily. The Abbey Line should remain a railway line and should be invested in to help people from all over Watford. Additionally the redevelopment of Watford Junction is urgently needed, the station was not built to cope with the number of passengers which it currently deals with. Also I would be championing the extension of the ‘night tube’ services to Watford.

I hope to be able to use my skills and past experiences in engineering and investment to improve Watford’s transport links. I also would like to work with our local MP Richard Harrington, who secured the new franchise for trains going through Watford Junction, to deliver for our community. 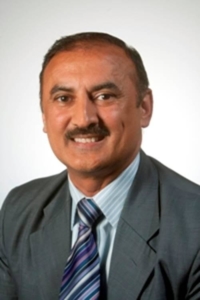 The Abbey Line is a critical link connecting parts of North Watford to Watford junction as well as St Albans. I would champion the Abbey Line by lobbying the government for funding so that this line can be improved as a crucial part of the counties railway infrastructure. Additionally it is vital to get all of the parties around the table to talk about the Croxley Rail Link, There is no point finger pointing we just need to get people talking so we can move forward.

I am not just passionate about the rail services but also about improving bus services. We need more frequent and later busses running into the evening as Watford is gridlocked at certain points in the day and an improved bus service would hopefully reduce the need for so many cars, for those who need a car we can work with some of the car parks in the town Centre. Which are left empty/locked at night to see how we can save people from having to continually driving around looking for a space to park. 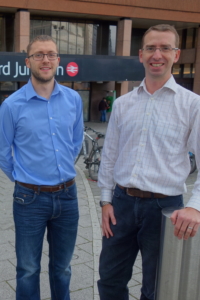 As Watford’s population continues to rise it is vital that we have the necessary transport infrastructure in place to keep our town moving. We must have high quality public transport to give people better alternatives to car travel and improve the air quality of our town. The Abbey Line is a vital transport link and one that is sadly too often overlooked. The value of this connection was demonstrated when passengers very quickly raised over £6,000 towards the passing loop feasibility study. In 2016 the Watford Liberal Democrats ran a campaign to ‘Save the Abbey Flyer’ at a time when there was concerns of it being changed to a guided bus route. We have consistently argued for the flyer and at Hertfordshire County Council argued for the route to be developed, with consideration of light rail or a passing loop to allow for more trains to service residents to reduce the chance of delays.

If I am elected as Watford’s next mayor, my top priority will be to improve our town’s transport infrastructure. Working closely with local residents, councillors and groups such as the Abbey Flyer Users’ Group I will fight for the improvements we so desperately need.